In the field of psychology, cognitive dissonance occurs when a person holds two or more contradictory beliefs, ideas, or values; or participates in an action that goes against one of these three, and experiences psychological stress because of that. According to this theory, when two actions or ideas are not psychologically consistent with each other, people do all in their power to change them until they become consistent.[1] The discomfort is triggered by the person’s belief clashing with new information perceived, wherein they try to find a way to resolve the contradiction to reduce their discomfort.[1][2]

In A Theory of Cognitive Dissonance (1957), Leon Festinger proposed that human beings strive for internal psychological consistency to function mentally in the real world. A person who experiences internal inconsistency tends to become psychologically uncomfortable and is motivated to reduce the cognitive dissonance. They tend to make changes to justify the stressful behavior, either by adding new parts to the cognition causing the psychological dissonance or by avoiding circumstances and contradictory information likely to increase the magnitude of the cognitive dissonance.

Coping with the nuances of contradictory ideas or experiences is mentally stressful. It requires energy and effort to sit with those seemingly opposite things that all seem true. Festinger argued that some people would inevitably resolve dissonance by blindly believing whatever they wanted to believe. 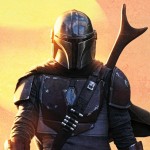